I love coming across new talent that offers something refreshing to the norm, like these following artists that I`ve been rocking to over the few months. We`ll start with the Brooklyn based trio Thirdstory who came on my radar via YouTube when they posted their stunning cover of Sam Smith`s “I’m Not the Only One”, which has drawn over 2 millions views and went to land them a recording deal with Universal records. 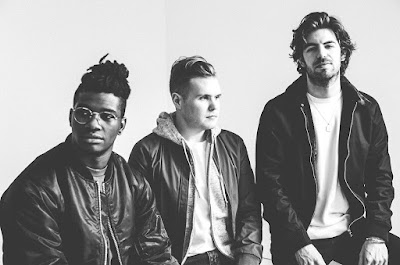 “We love to sing together in three-part harmony. That is the most obvious defining aspect of our sound. We split everything up evenly including taking the spotlight and singing lead. We like to think of ourselves as a collective group of singers, rather than a boy band.”
In 2016 they release their very first EP titled “Searching….” which saw them showcasing their stellar-smokey vocals that entwine beautifully and heavenly and their passion is on full display as they sing you feel each word and it leaves you wanting to hear more from them and they have something very special and once they are fully developed as artists they will be a focus to be reckon with. 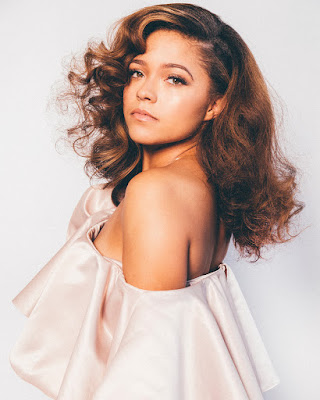 Detroit-born, Chicago-based songstress Eryn Allen Kane has creating alot of buzz around her since she collaborations with Prince “Baltimore”, Chance The Rapper “Same Drugs” and Towkio “Heaven Only Knows”. All the attention she is getting is so deserving as her vocals are so smooth, rich, jazzy and soulful which she fully displays through her “Aviary” series of EPs: “There’s these huge aviaries that have nets around them, where the birds are made to feel like they’re free — but we all know that they’re not, and they know they’re not. We’re all bound by certain things, but music was the thing that completely freed me.”

I see Eryn has the female version of John Legend because what she has to offer is something is once in a generation type of thing, a strong voice that gives the voiceless a voice and she throws herself all the way in her music. Especially on “Have Mercy” and “Slipping” which a neo-soul base number with emotional lyrics about dealing with depression “Slipping, slipping, slipping away, I can tell you’re not content and you don’t want to tell me that you’re slipping, slipping, slipping away. Like a bud that never bloomed and now can’t stand the heat of June.” 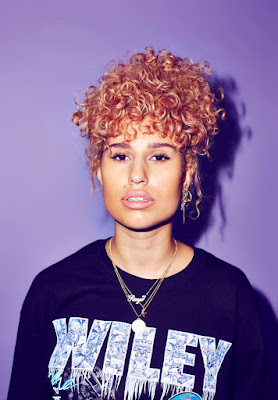 Rachel Keen AKA Raye who just recently exploded on the music scene when she had her musical breakthrough via her collaboration with Jax Jones “You Don`t Know Me” which managed to peak at number 3 on the UK charts and went platinum. The talented 19 old singer-songwriter from Croydon, South London was featured on BBC sound of  2017  list coming at number 3, which is how I was actually introduced to her and once I checked her music I wasn`t disappointed. She has two amazing EPs under her belt which showcase her songwriting beautifully and her sound is very refreshing and unique and her vocals are sultry with a diverse range.

And what I love that she is very hands on when it comes to creating her sound as she is fully in control of her vision because she writes every lyrics and also co-produces her music. “I work really closely with a guy called Fred Gibson and he’s taught me so much about understanding a song. In my head when I used to write music before, I’d put headphone on, play the song, record, do five takes and choose a couple of melodies and I wouldn’t work as hard as I do now on making something perfect. I can hear things now that I couldn’t before: a pre-chorus, a middle eight, something that could be a hook if it lands here and we change the chords. Playing piano and being around incredible musicians is really helping me with that, you know. “

” It’s about experimenting with structure and breaking rules a bit but becoming so attached to one way and do it a lot so you can get really good at it.”

Album Stream: NAO – ‘And Then Life Was Beautiful’