Janelle Monáe has finally released her long awaited third album “Dirty Computer” which is a beautiful masterpiece of an album that also showcases her influences that draw from the likes of Prince, Michael Jackson, David Bowie, and James Brown.

END_OF_DOCUMENT_TOKEN_TO_BE_REPLACED

Fifth Harmony’s new self-titled album has arrived, it serves as the third album from the ladies and the first one without their former bandmate Camila Cabello, who parted ways with the band to pursue a solo career. And honestly her departure only made the band strong and saw them coming into their own as they crafted one hell of a great album. Check out Vaughn`s review below and also stream the album and head to iTunes and your nearest music store and support these extremely talented ladies.

END_OF_DOCUMENT_TOKEN_TO_BE_REPLACED

After years of solo singles, EPs, collabs, and songwriting for other artists, Sevyn Streeter’s long awaited debut album “Girl Disrupted” has finally arrived and it`s not disappointing at all, it sees her delivering a stunning album laced up with strong vocals and solid lyrics that are very transparent.

END_OF_DOCUMENT_TOKEN_TO_BE_REPLACED

Sza is just the biggest breath of fresh air since she arrived on the music scene as she one of the very few female artist out here that are unbelievably talented, different and creative. Her long awaited debut album dropped last week, “Ctrl” ‘absolutely blew me away and is now constantly on repeat. The 14 track project is enchanting, soothing, and mesmerising all in one and her songwriting skills are so raw and draw so much similarities to Frank Ocean and Erykah Badu.

END_OF_DOCUMENT_TOKEN_TO_BE_REPLACED

“Queen of Hip-Hop Soul” Mary J. Blige has just dropped her 13th studio album simply titled “Strength of a Woman” which follows up her highly underrated album “The London Sessions” which saw her delivering a solid vocal performance over British electronic beats and the writing was stunning.On this album she delivers her most rawest and most personal material to date, she is in so much pain yet she rebuilding herself into a even stronger version of herself, not letting her divorce from her husband (Martin ‘Kendu’ Isaacs) of nearly 13 years break her.

END_OF_DOCUMENT_TOKEN_TO_BE_REPLACED

R&B songstress Leela James just dropped her newest album titled ‘Did It For Love’ which follows up her 2014 album “Fall For You”, it sees her exploring more and more layers of what makes and breaks a relationship deal.

END_OF_DOCUMENT_TOKEN_TO_BE_REPLACED 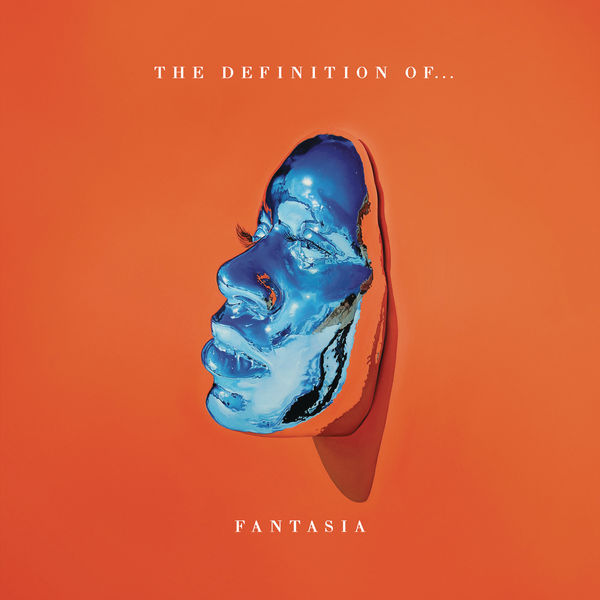 Fantasia has finally released her much-anticipated fifth album titled “The Definition Of…” which finds her more fearless, raw and transparent, unafraid to display all her emotions and make the listeners feel her words, her confident vocals reflect the strength she has discovered. The album incorporates numerous styles of mmusic from R&B, pop, jazz, rock and country. It features production by industry greats such as Ron Fair, R. Kelly, Brian Kennedy, Neff-U and Jerome “J-Roc” Harmon and also features duets with artists like Stacy Barthe, Tye Tribbett, and Aloe Blacc.
END_OF_DOCUMENT_TOKEN_TO_BE_REPLACED

“Oops (Oh My),” singer-songwriter Tweet makes her triumphant return with her third album which is simply titled “Charlene”, which a follow up to her 2005 second album “It`s Me Again”. The album features 15 tracks inducing her singles “Won`t Hurt Me”, “Magic” and “Neva Shouda Left Ya” and the album features work from longtime friends and collaborators such as Craig Brockman, Charlie Bereal, Timbaland and Missy Elliott.

“I wanted to give up. People sending me tweets, saying they wanted me back, that kept me. It inspired me. It told me maybe I made a difference in someone’s life and I shouldn’t stop. I was inspired by that.”

END_OF_DOCUMENT_TOKEN_TO_BE_REPLACED

After many delays Tamar Braxton has finally released her third album ‘Calling All Lovers’ which features 16 tracks including her current single “If I Don’t Have You” which leads the whole project instead of “Let Me Know” featuring Future, honestly it wasn`t doing much for her at all I can see why they had to replace it.
END_OF_DOCUMENT_TOKEN_TO_BE_REPLACED
12Next